I can still feel the nervousness of the selection process to get the job offer.

I remember how, from the very beginning, they presented a fascinating business project for a recent graduate, which gave a general view of the company and yet specific details of the position I was interviewing for.

I can still feel the excitement and happiness that came along with the telephone call that congratulated me for getting the job, after three days of uncertainty and wishful thinking.

I also remember my first meeting with my superior who, not only took all the required documentation they had asked me to bring, but also gave me a guide, that I read before I started the job, where I could reference basic and useful information: The company project, the team values, the department’s mission and objectives, the company organization, basic procedures guidelines, rules and norms, etc.

And then came the first day at work: my superior spent an hour in a welcome meeting, which made me feel like the company cared individually for each of their collaborators.

Besides calming me down, introducing me to the rest of the team and trusting me to integrate into the company, he explained and handed over the position with a script of what would be my training plan for the first few months. He also introduced me to the colleague that would train me in the initial period.

I still can breathe in the tranquility and the perfect picture I saw in the first meeting.

The first few weeks I went from feeling insecure and at unease (it almost seemed impossible to reach the expertise of my colleagues) to feeling confident and encouraged as I slowly saw that, thanks to the support from my trainer and superior, I gained knowledge, best practices and habits that permitted me to add value to the job and the team.

After the initial two months, I remember the scare I felt when my boss called me into his office. I thought “I have messed up and I don’t even know what I did”. But he called me in to congratulate me for overcoming the trial period and to give me feedback on my strong points, where I could improve, and actions points to lead with two or three clear objectives.

I was surprised that not even a month had gone by since they made the contact and that from the very beginning they trusted me to be the center of analysis.

The process of monitoring concluded with an annual evaluation interview, that helped to review together the objectives I had reached throughout the year, my evolution, the following year’s objectives and what the focus of my professional growth should be.

It was interesting to see that it was a homogeneous tool for the entire team that enhanced the analysis of the individual evaluated, analyzed different aspects and offered a plan of personal development.

I recall that it was not easy to find the time to prepare for the interview, nor for me or my superior, but it was fundamental in order for it to be fluid and useful.

The second year also went by very quickly, as I was struggling to reach the results that were required from me and the points in the development plan. It was very important to be able to count on my superior’s support and a strict follow-up plan on the points mentioned above. Also, the training programs that took place every so often in and out of work were focused to enhance growth and to help me reach my quantitative and qualitative goals.

Once again the development procedure concluded with an evaluation interview at the end of the year. It was very satisfying to see how we reviewed, once again, the progress made in the year: in terms of results, professional attitude, and competences the progress were clear. The development plan, my daily work and training program had favorable results.

Five months after, having been in the company for two years, my boss had been substituted, which caused a sense of uncertainty. “Will this cause a break in the procedure and work progress? Will I have to prove myself again from the very beginning?”

It was reassuring to see that before the change took place, my boss and I took stock of the situation of the objectives and the development plan, to later pass it on to the new superior to avoid that all that we had achieved did not fall into the void and in order to retake the development where it had been left off. It was satisfying to see the amount of support, training, follow-up and demands had not varied.

My fourth year with the company, after the third annual evaluation interview, the change I was awaiting finally came: they changed me to a different activity sector.

I can perfectly remember that, apart from the normal enthusiasm and happiness, I felt a little nostalgic and, obviously, nervous and restless.

The meeting I had with my superior reviewing the objectives and development plan to date was very important for me, as was the meeting with the new superior where he welcomed me and explained in detail the new job description (its fundamental mission and responsibilities), the objectives for the end of the year, and how my preparation would take place in the first weeks.

It was comforting to know that he was well informed of my history with the company, what I had achieved, my strong points and the areas of improvement.

He was the third superior I had had in the company. Three different ways of working and management, but all of them had something in common: they would find the time to follow and enhance my development. They supported me, they trained me, they would analyze my steps, they had high expectations from me, they evaluated my progress in my role as responsible and protagonist of the continuous process.

It has been six years now. Sometimes it feels like it has been six days. Today the company has told me that they would like me to lead the team. I already have communicated immediately that I accepted.

Once again there is a mix of feelings between hope and satisfaction, a sense of responsibility and hesitation, now that I face a new level of uncertainty. Nonetheless, I can say one thing for sure:

I WILL ALSO FIND THE TIME! 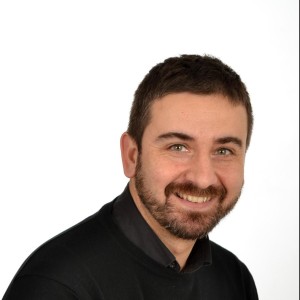 You can find out more about which cookies we are using or switch them off in settings.

This website uses cookies so that we can provide you with the best user experience possible. Cookie information is stored in your browser and performs functions such as recognising you when you return to our website and helping our team to understand which sections of the website you find most interesting and useful.

Strictly Necessary Cookie should be enabled at all times so that we can save your preferences for cookie settings.

This website uses Google Analytics to collect anonymous information such as the number of visitors to the site, and the most popular pages.

Please enable Strictly Necessary Cookies first so that we can save your preferences!